In Defense of ‘Solar Power’ by Lorde

Lorde’s return to album-making does not disappoint, even though it has received some criticism. 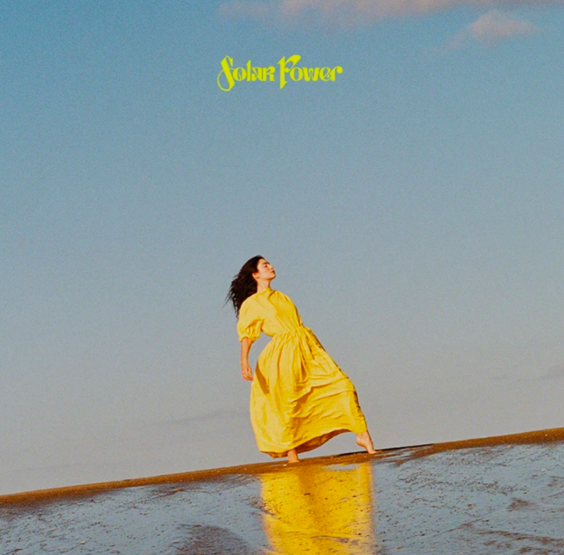 An alternative album cover of Solar Power, by Lorde. **This is not the “racy” cover referenced in the article.

After an extended hiatus of four years that was spent soaking in the sun and reconnecting with her roots, New Zealander singer-songwriter Lorde has finally made her big return to the indie pop music scene. Lorde’s third full-length album “Solar Power” takes her listeners on a self-reflective nature walk through an enchanting world of her creation. While there are many heart-wrenching and dismal moments on the record, it is balanced out with splashes of fun and clever pop songs with the captivating hooks that Lorde is known for.

“Solar Power” adds variety to Lorde’s catalog and shows that she can be versatile, experiment with different sounds, and still keep her lovable personality and charm. This album is sonically very different from her previous two. For instance, the light and breezy vibe of this record is greatly dissimilar to the intense, in-your-face sound of her sophomore album, “Melodrama.” Although this new record has a different sound, Lorde’s unique voice and her tongue-in-cheek lyrics remain potent. Solar Power is an important addition to Lorde’s discography that is absolutely worth your time.

Almost every song on the album has a unique message — messages that are masked by swoony vocals, graceful percussion, and mellow guitar riffs. The fifth song on the album, “Fallen Fruit,” takes a dig at the current global climate crisis. Lorde writes, “we had no idea the dreams we had were far too big,” alluding to the technology and capitalistic society people currently live in. Lorde believes that all of these ideas that seemed to promote the growth of humanity are now hurting the environment, making it nearly impossible to repair. She then goes on to sing “where the apple trees all grew, you’ll leave us dancing on the fallen fruit,” indicating that the beauty the earth once had, that past generations abused, will no longer grow in the future.

The sixth song on “Solar Power,” “Secrets from a Girl (Who’s Seen it All),” speaks to her younger, fifteen-year-old self. Writing in the third person, she exclaims, “Everybody wants the best for you, but you gotta want it for yourself,” preaching what she wishes was told to her at a young age. The outro, however, is spoken by Robyn, a Swedish singer/songwriter, who mimics a metaphorical flight landing script as she recites, “Welcome to Sadness” and “Thank you for flying strange airlines.”

Fast forward to the 11th track, “Mood Ring,” where Lorde uses satire to critique the recent growth in popularity of pseudo-wellness and spirituality culture in wealthy white people. The line, “Take me to some kind of place, watch the sunset, look back on my life, I just wanna know will it be alright,” shows her understanding and acknowledgment of desperately wanting an escape from life and to find peace and comfort. While she does recognize this desire, other lyrics such as “Let’s fly somewhere Eastern, they’ll have what I need,” mock people who steal from Eastern cultures and fail to understand the harm they are doing in the process, similarly to cultural appropriation.

Many fans of Lorde certainly had a lot to say about the album, whether they liked it or not. Chloe Rose (‘22) set pretty high expectations for the release of “Solar Power.” Upon first listening to the album, Rose was “disappointed,” as she claims to be a “huge Lorde fan.” She says, “I wasn’t as in love with it as I was hoping I would be.” After listening to the few singles that dropped before the release of the whole album, she “had no idea what to expect.” When asked if she had changed her tune after listening to it a few more times, Rose explained she now “loves it,” as she raved about the song Fallen Fruit in particular.

Another Lorde fan did not feel the same way. Sara Chaice (‘22) had similar expectations as “her past two albums were very well received.” Chaice explained, however, that after listening to the album in its entirety, it is “hard to tell when one song ends and another begins” making the album sound “repetitive.” In comparison to Lorde’s previous albums, she doesn’t believe that “Solar Power” “pushed any boundaries” or proved anything “we didn’t think she was capable of before.” Chaice claims that the album is not for her, but is “not a bad album,” rather a “departure from her previous two works.”

Amidst some love for the album, the majority of Lorde fans were not too pleased. Reviews from “The Guardian” and “The New York Times” criticized the cover for being quite “racy.” The cover depicts Lorde running over the camera from a low angle whilst wearing a bikini, showing enough skin to alarm critics. Perhaps a bit revealing, Lorde believed it was both “joyful” and “a little hardcore.” Lorde’s previous two albums were much different, creating raw and emotional music — songs that listeners could relate to. In the song “The Path,” Lorde writes that “if you’re looking for a savior, that’s not me.” Her cry to her fans is that she has moved on from that role as a celebrity, and now wants so badly to be, for lack of a better word, normal.

Now that Lorde is trying to redefine herself and the power she once held, is it fair to be upset with her now that she is happy? Lorde is not the same person she was when she released her first two albums. She is growing and discovering herself just as her listeners are, and on “Solar Power” she is simply inviting them to join her on this difficult journey. This album’s beauty lies in its simplicity. Appreciating it for what it is instead of what it was expected to be may help some of her fans change their mind on this painfully misinterpreted album.