MHS Should Switch to a Blind Grading System

It is time that we reform our grading system in order to make grading fair for all students. 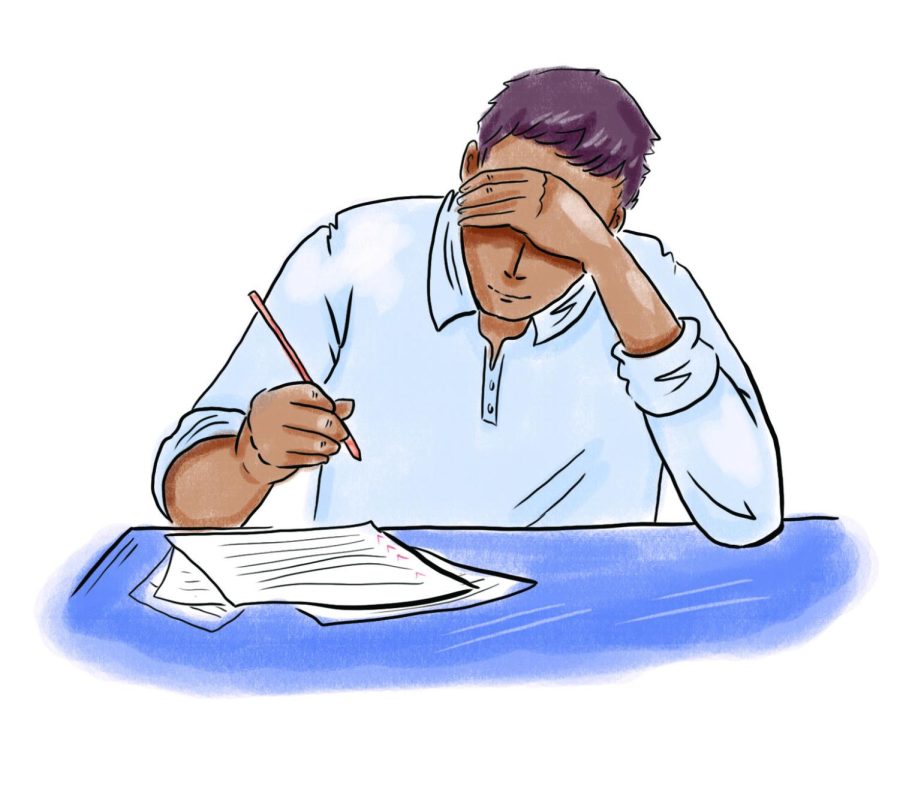 Try as we might, subconscious biases and psychological judgments impact our perceptions and actions, even within a school environment. According to a 2009 study conducted by Haeran Jae, a professor at Virginia Commonwealth University, and John Cowling, a professor at Christopher Newport University, racial bias or gender bias may have a subconscious effect that the teacher is unaware of as they grade your assignment. In order to avoid any possible instances of these situations, Mamaroneck High School should switch to a blind grading system, as the study proposes, where the only thing at the top of an essay and or test paper is an ID number linked to your grade book.
Blind grading systems were first used in law schools in the 1970s to avoid bigotry and discrimination in grading and something known as the “expectation effect.” The “expectation effect” refers to teachers basing every grade for a student off of their first impression of that student. For example, a student who writes a strong paper at the beginning of the course may receive strong grades throughout the year, while the student who wrote a weak first paper will have trouble bringing their grade up throughout the course. The expectation effect can make it difficult to change how a teacher thinks of a student and causes the grade range for that student to remain stagnant for the entire year. This effect can make or break a student’s grade – but it can also be avoided by using a blind grading system. While using this system, when a professor goes to grade a paper, all they see is an ID at the top of the page. The teacher never knows which essay belongs to which student, and therefore never grades papers based on anything other than raw quality.
One drawback to the blind grading system (which mainly applies to high school students) is that it could make it more difficult for teachers to reward students for participation by giving them a slightly higher grade. However, even when written assignments are graded blindly, participation can still be added as a separate element to a final grade, and this way students who depend on participation won’t see a drop in their grades.
Unfairness in grading has been found to affect some students more than others, which is why it’s so urgent. Teachers can have conscious or unconscious biases towards racial minorities and something as simple as the student’s name can affect the grade they receive. Bias against a student can affect their likelihood to pursue a subject later in life, as well as their general impression of a subject. Several studies (not involving MHS) have uncovered that teachers possess racial bias and it reflects in their grading. One study examined a group of students from a college class and uncovered that both Black and Latino/ Latina students frequently received lower grades than their white counterparts. In addition, many studies have found that teachers tend to favor their male students, making it difficult for female students to succeed long term.
Teachers frequently have favorite students (although they try not to identify those favorite students to not make it obvious to the class), and they tend to hand out their best marks to students with whom they have friendly relationships. Of course, teachers engaging with students is fine, but it gets tricky when it leads to teachers handing out their best marks to their favorite students.
There are many things that could affect the grades that we receive, and cause us to repeatedly get grades lower than what we may deserve. This could be affected by racial bias, gender bias, not being a teacher’s favorite, or handing in a weaker paper at the beginning of the year. In the end, switching to a blind grading system would eliminate the possibility of any unfair biases in grading.